Rosabus collaborates in the sponsorship of the centenary of the Tablada Air Base in Seville.

The XXI edition of Copa del Rey of Aerostation will be held from March 6th to 9th ; an event never seen in the city and that hopes to capture the interest of Sevillian people. About twenty devices will compete in this event.
The competition will take place at the old airstrip of the Tablada Air Base. From there they departed the great transoceanic crossings of the Spanish Aviation of the 20s. Also, as a peculiarity, it served as a mooring post of the Graf Zeppelin, which made the route Berlin – New York in those years.
This year is the 100th anniversary of the Royal Decree signed by Alfonso XIII that gave the green light to the constitution of four military air bases in the national territory: that of Getafe, Zaragoza, León and Seville’s Tablada, whose works would be completed in 1923. To celebrate 100 years after the birth the quartering has organized a program of activities, including The Copa del Rey of aerostatic Balloons, Sworn Flag of Civilians in the Real Maestranza of Sevilla, concerts, air shows, theatrical visits, etc. 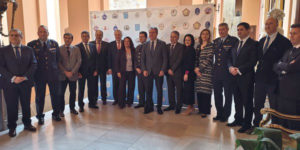 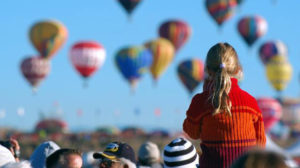