There are only two top buses in Spain besides this one and they belong to two football clubs. Rosabus’s investment, which currently has a hundred employees, in the ‘Top Line’ has been the largest per vehicle, doubling its cost to a normal luxury bus.

The stand of Seville in Fitur 2020 hosted on January 22 the official presentation of the exclusive vehicle ‘Top Line with panoramic glass roof’, on the occasion of the 25th Anniversary of the international expansion of Rosabus, the Sevillian and Andalusian bus company with greater international projection, since 75% of its turnover comes from other countries, including the United Kingdom, Germany and Norway.

The event was attended by numerous authorities such as Deputy Mayor Delegate of the Area of ​​Urban Habitat, Culture and Tourism, Antonio Muñoz; the president of CES, Confederation of businessman of Seville, Miguel Rus; the managing director of FIBES, Jesús Rojas; the manager of the Association of Tourism Companies of Seville, Rafael Domínguez;L Manolo Cornax, president of the Association of Hotels of Seville and province, etc.

In Fitur, the Rosabus CEO also coincided with the president and vice-president of the Junta de Andalucía, Juanma Moreno and Juan Marín; the president of Parliament, Marta Bosquet; the delegate of Tourism of the Board, Javier Millán, etc.

The main feature of the ‘Top Line’ is its panoramic glass roof that, due to the impressive height of the sunroof and the large windows, offers the passenger a wonderful feeling of space and complete vision of everything around him. Other features that make it a ‘unique and exclusive’ vehicle is its interior, spacious and very bright, with high-quality seats, with ergonomic and height-adjustable heads, footrests, magazine rack, individual and folding table, as well as reclining and movable to the center for greater amplitude among passengers.

In the same way, and thanks to its Metting Area, the ‘Top Line’ allows meetings in the back room with two comfortable tables and has four video screens, one of them in the back, in reverse, for travelers They are going to countermarch on the tables. On the screens you can also see the GPS route through which the bus circulates and live projection thanks to the camera installed under the front moon.

Rosabus is a responsible and sustainable company, very committed to caring for the environment, hence the ‘Top Line’ has a number of improvements, such as a modern air conditioning system that works with water and not with R134A gas, EURO VI engine , bins according to the type of waste, ecological toilet only with water, without chemicals or pollution, and the new bottles of cardboard water, thus banishing the plastic that takes so many years to degrade. In this same line, Rosabus will have this year the Carbon Footprint Certificate, the measurement of the CO2 that we emit into the atmosphere to favor its reduction.

For the president of Rosabus, Anselmo Rosa, in turn, vice-president of the Andalusian Association of Entrepreneurs of Discretionary and School Transportation in Bus, Atedibus, “with this important investment we pursue business and tourism excellence to make it available to Seville, Andalusia and the at international level”. 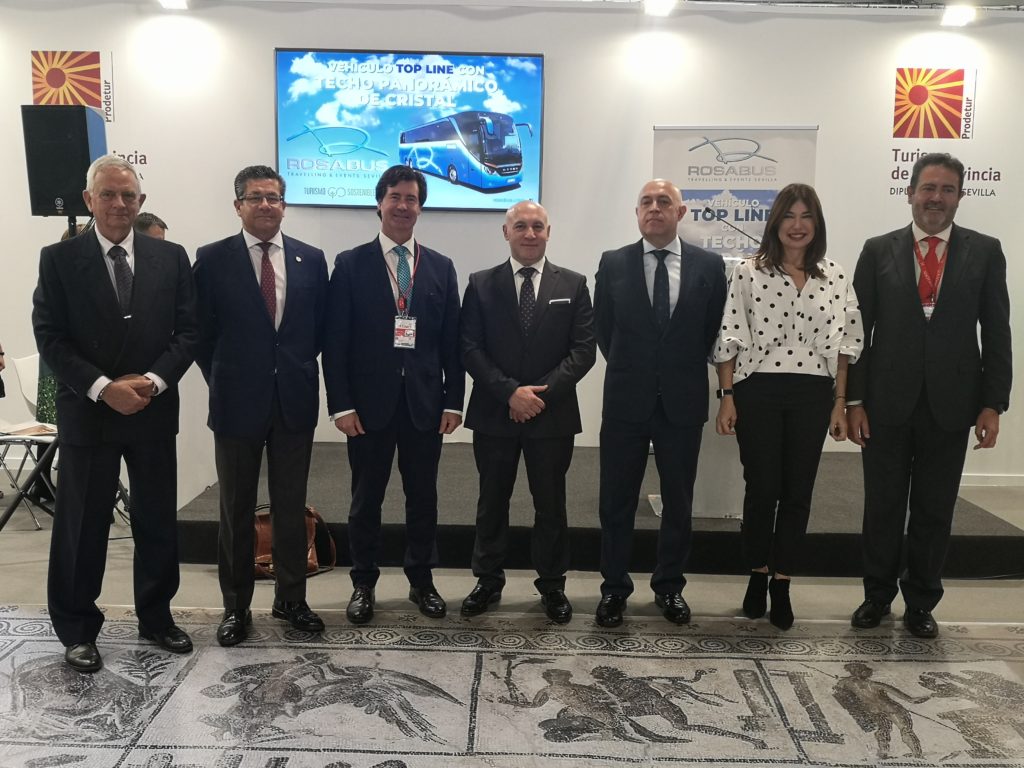 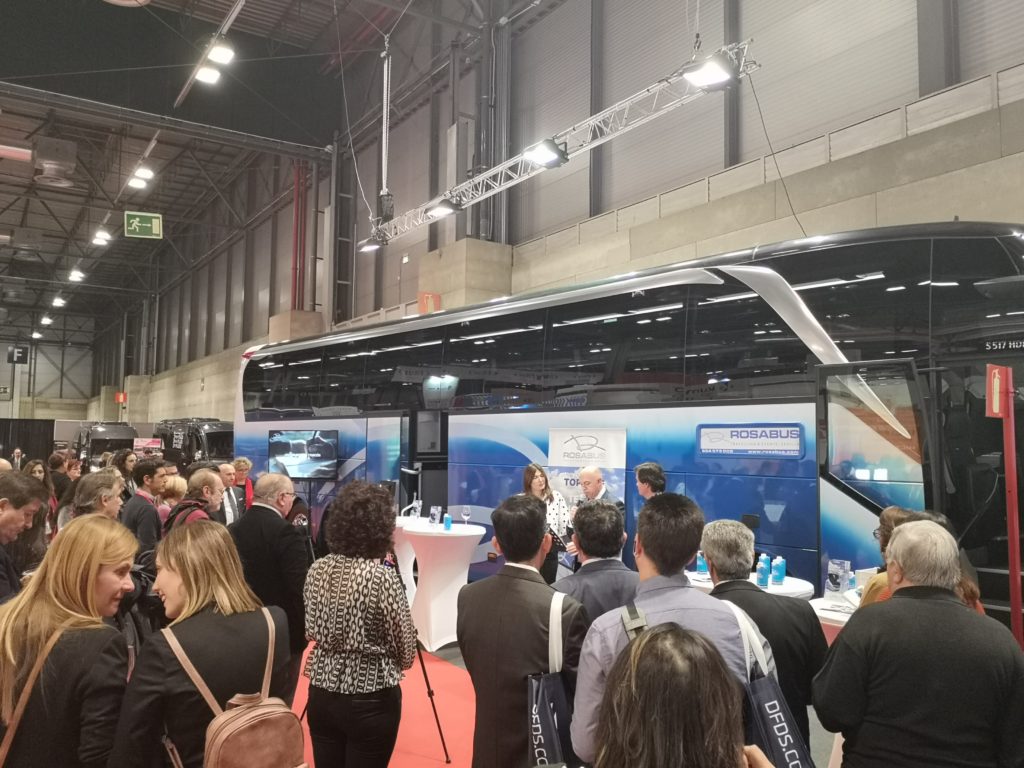